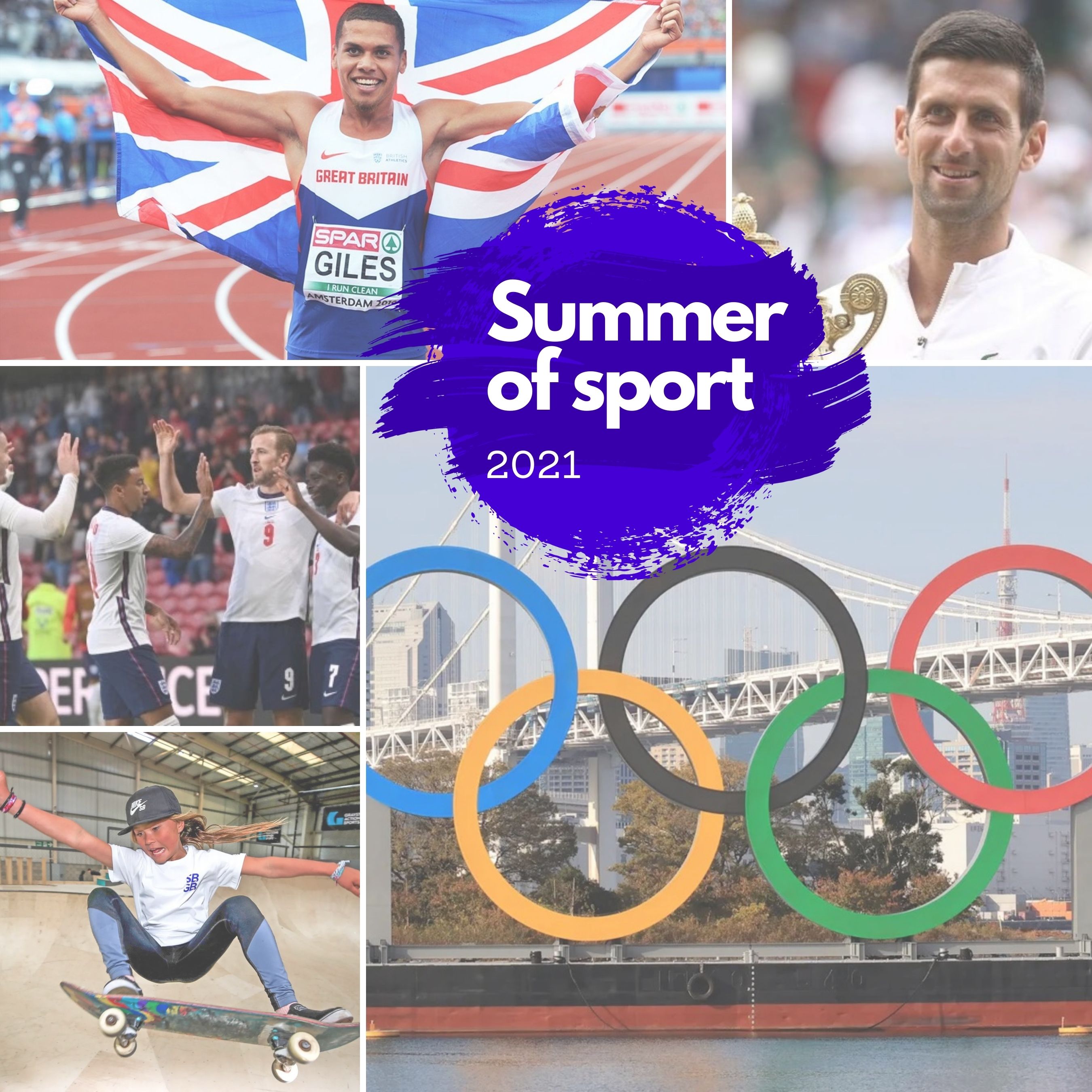 Well July is turning out to be a bit of a cracker isn’t it!

Firstly, I want to say a huge congratulations to the incredible EnglandFootball team. Getting to the finals is a massive achievement and shows just what a talented bunch they really are. I must also congratulate GarethSouthgate and the team behind the scenes. As I know from personal experience the athletes get all the glory, but there is a huge number of people who help them achieve these results, including assistant coaches, physios, analysts and psychologists. Among them is Dr Ian Mitchell, Head of Performance Psychology who works directly with the players to enhance their psychological resistance.He describes his role by saying: “My objective is to create vibrant England cultures through strong environments and resilient people.” From watching their behaviour on and off the pitch it looks like they are a very resilient and kind group of young men, an inspiration to so many including my three boys. I hope they know how proud of them we are. I can’t wait to see what they can do at theWorld Cup next year.

Secondly congratulations also to Novak Djokovic for winning his 8th Wimbledon and 20th Grand Slam! His astonishing natural talent, matched with his vast experience meant that yet again he totally dominated on court. He will go down in history as one of the greatest players ever. But for me, like so many others, the standout player was UK’s Emma Raducanu. The 18 year old who had, like my son just, finished her A Levels came from nowhere to be the story of this year’s Wimbledon.  Like so many others I was inspired by her youth and skill and her ability to win under such intense scrutiny. It was totally understandable when the huge pressure that was on her started to have an effect on her physically and mentally. Following the refusal by young Japanese player Naomi Osaka to partake in media duties during the tennis tour, it’s great that the mental health of professional athletes is being discussed so broadly. Sporting professionals understand how important mental health is to our success and hopefully the conversation around mental health in general will lead to more empathy and support for these issues for the players.

The Euros and Wimbledon maybe over, but for me the best is yet to come .. . the Olympics! I am so sad for the athletes that this year they will not have a supporters in person to cheer them on, but I can’t wait to be able to support Team GB from home.  Here are the athletes that I think you should be watching out at Tokyo this summer..

My number one to watch out for is 26 year old, 800m runner Elliot Giles.Giles only started running at 16 and then at the age of 19 was in terrible motorbike crash, resulting in a damaged posterior cruciate ligament, torn gluteal, severe hematoma on his back and brain damage! Despite having to learn to walk again, just one year after his accident Giles made the BritishChampionships 800m final! Since then he has won four British titles, competed at the Olympics in 2016 and made middle-distance running history by clocking the second fastest indoor 800m ever and breaking Sebastian Coe’s indoor 800mBritish record which has stood since 1983! I can’t wait to see what he can achieve in Japan.

I am sure I am not the only one who is really excited to see Helen Glover head to Tokyo.  As a female athlete and a mother, I understand the huge physical pressures children put on both your physical and mental health. Helen will be the first ever Team GB rower to compete at the Olympics after having children. But as one of Britain’s greatest-ever rowers, with more 20 gold medals and as two-time Olympic ChampionI am sure she will take it all in her stride. I for sure will be cheering heron.

My boys and I are also really excited to see Sky Brown living her dream and proving that skateboarding isn’t just for the boys! As the youngest British summer Olympian ever, this will be an extraordinary experience for the 13-year-old. But from what I have seen she seems really level headed and I am sure she will use her excitement of the experience to fuel her performance.

And finally, of course I am super excited to see Britain’s fastest womanDina Asher-Smith show the world just how talented she is and watch Adam Peaty defend his 100m breaststroke. We might not be able to be there in person, but let’s show our athletes all our support from home via social media, GO TEAM GB!